It’s time change Sunday agaiu.  We “Spring Forward” (move clocks forward one hour) just as in the fall we “fall back,” as in move them back an hour. We spend an inordinate amount of time dreading, hating and complaining about the changes. It’s fairly well known that it messes up our sleep patterns, too.

According to the website, LiveScience, it was Ben Franklin that first came up with the notion. The Germans were the first to do it, during the first World War. Woodrow Wilson and FDR also followed in wartime, to save fuel and economize. They also point out that today only forty countries follow it.  Farmers, contrary to the myth, hate it because they lose early daylight.

All that said, we in the churches would have to say we dislike it the most. It does not change during the Super Bowl. It does not change during the NBA Finals or the opening bell on Wall Street. No, it changes just before we are trying to raise the dead for Sunday morning worship. Priorities, I say. Our choir email included a clever hymn text about time change, which inspired me to write my own. I hope that it may ease thy misery by turning it into song.  Rise, O Sleepers. 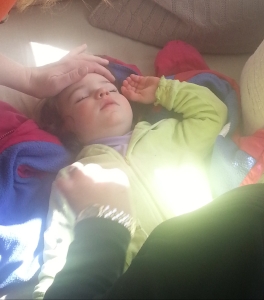 Change thy clocks and get thee up

Lounging in your terrycloth

Get ye up and out the front door

What sprang forward is now lost.

Worry not about thy news shows

Twenty four and seven they run

DVR can save thy programs

There is nothing new beneath the sun.

Put thy Sunday raiment on thee

Hear the choir and the holy truth

Thus thou need not hide when eating

When the pastor sits behind thy booth