Now I look back and see that my life is full of images you gave me: work, family, music, faith. Plenty of good things for life. And i realize what a big, cool shadow you cast over my life in the heat of growing up. Support the show
Follow The Flatpickin' Pilgrim's Progress on WordPress.com

“J——, this is your pastor.  Now having heard your

confession on the air, will you stop by to receive

penance instructions about being a better father and husband?”

It’s just too easy to weigh in on the comments of Mike Francesca and Boomer Esiason about Daniel Murphy’s decision to take two days to be present for his baby’s birth.

Of course, we live in a time of sportainment.  More and more, as politics becomes hopelessly unresponsive and global problems impinge on every part fo life, sportainment is the way we escape–from real life.  Except that ultimately isn’t an option.

One day I listened in on sports radio–I admit, it’s a guilty pleasure on the way to the hospital or a meeting, in part because I will always laugh at something pretentious, silly or absurd.  And much of what is discussed is fun to consider.  A husband caller complained to Paul Finebaum about a player’s tweet after Alabama lost its bowl game that “it’s only a game.”  His argument was that it isn’t.  He went on, passionately, to say that though he was a member of a church and loved his family, that during the football season he spends more time and money on the sport than on his wife and kids or his church.

My jaw dropped since I am a minister, but why should it?  I like to imagine that I might follow up crazy calls.  What would I say?  Disguised voice: “This is Dr. Hapner Wogwillow.  I am a marriage therapist.  I treat his wife for depression and recognized him in the call.  He needs to go home.  She just left for good with the kids.  I will tell him their names if he’ll call me.  BR-549.”  My other idea was to, “J——, this is your pastor.  Now having heard your confession, will you stop by to receive penance instructions about being a better father and husband?” END_OF_DOCUMENT_TOKEN_TO_BE_REPLACED

I watched all the passion and powerful energy around the football season this year.  I have watched the most 3college football in years.  “What if the church generated such passion?”  I imagined a coach’s assessment at the end of the year.  It went like this:

We prefer a safe mediocrity to a persuasive truth telling.

Baptist news wires recently carried the story about a successful protest by a Baptist preacher to remove a movie from Lifeway stores.  The movie is “The Blind Side,” starring Sandra Bullock.  It was based on the book by the same name by Michael Lewis, who also wrote, Liar’s Poker and Moneyball.

I happened to meet Michael Lewis years ago when he was writing the book, and he told me he was working on a “really interesting story.”  It was about a young man from the meanest streets of Memphis who was adopted by a family and placed in a white private Christian school.  The story is well known by now—Michael Oher went on to be a football star at the University of Mississippi and now plays for the Baltimore Ravens.

I bought and read the book when it came out, and went to see the film.  Football movies are pretty well required viewing in Alabama.  So I was more than amused with all the other moral problems at the moment—debt, wars, racism, the disintegration of families, and do I need to go on?—that a PG-13 movie could cause such an uproar.  According to the report,

LifeWay Christian Stores will no longer sell videos of “The Blind Side” after a Florida pastor proposed a resolution for next week’s Southern Baptist Convention annual meeting protesting the sale of a PG-13 movie that contains profanity and a racial slur…[the stores decided to] pull the movie, an inspirational film starring Sandra Bullock that tells the true story of a white Christian family that adopted a homeless black teenager who went on to play in the NFL, to avoid controversy at the June 19-20 SBC annual meeting in New Orleans.  [The pastor who brought the resolution] said there is much about the film to be commended, but there is no place in a Christian bookstore for a movie that includes explicit language that includes taking God’s name in vain.

I get it.  It’s Baptist to speak your mind.  I know language has become debased and misused.  And, it’s the right of any 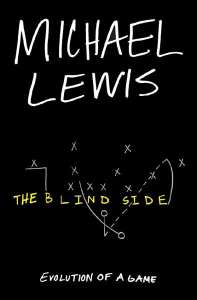 store and its owners to sell or not sell what it wishes.  Still, it stirred a few thoughts about the mostly non-existent tie between Christians, especially evangelical ones, and the world of the arts.  And why fewer people want to be Baptists.

Walter Brueggemann once said that in the book of Leviticus, which for some odd reason has become a moral center for a lot of people today, there is an emphasis on holiness as “purity.”  There are other forms of holiness in scripture—moral and ethical righteousness, for one, that sometimes comes into conflict with the notion of purity.  Jesus encountered this among the Pharisees, who could not do the deeper right things for fear of disturbing their own ethic of remaining personally removed from what might compromise, taint and violate their ethic of purification holiness.

I have thought a lot about Brueggemann’s distinction since I first read it.  Somehow, a fully biblical notion requires more than avoiding “impurities.”  Yet purity is important.  An obsession seems to lead always to a rather puny moral energy that dispirits more than it inspires.  Inevitably, it ends up with an account of morality that is always boycotting, removing itself from sinners and sin, and circling the wagons.